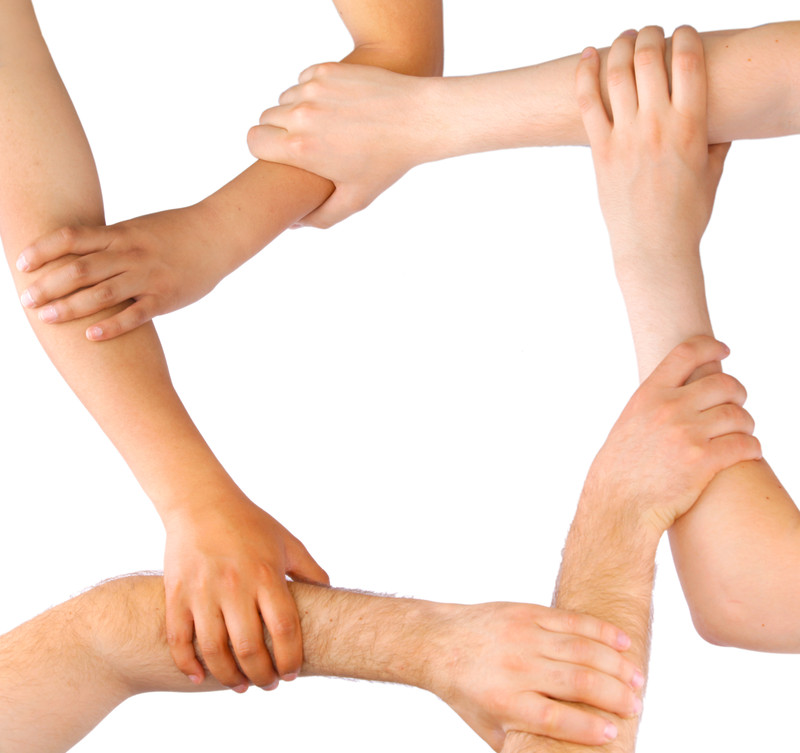 Corporate team building activities are essential in helping people develop trust and work together in a team. Managers unfortunately plan activities which have no purpose or any real goal in mind. They may arrange for a weekend retreat or an afternoon session of rock climbing at the gym. If the activities do not help the employees to work on their weaknesses and improve on their strengths, then it may as well be considered to be a waste of time. The following are some activities that can help tackle some of the common problems that face employees in the work place. 1. Back to back drawing

After they have finished their drawing or after time is up, the pairs should be asked to compare the original shape and the actual drawing. This activity raises a lot of questions. For instance, how well was the other person able to describe the picture to their partner? How well did the other person understand the instructions? What were some of the problems that the two experienced while trying to communicate with each another? This activity actually serves the purpose of helping employees to communicate well with one another.

Flash mobbing is one of the most innovative corporate team building activities in the market place. It is fun and encourages members of the team to loosen up and interact with one another. A flash mob is basically an organized routine of a group of members working together to either amuse the audience or surprise them. A flash mob performance includes songs, dances or a mime.

In order to come up with a flash mob routine, the group should decide on what they would like to do. Once the decision has been arrived at, the group leader has to come up with a routine which the members must practice for a day or two until they perfect. Members should be encouraged to be lively so as to make the whole routine appear attractive.

After two days, the group should present their routine. The good thing about a flash mob is that it can be performed anywhere; in the mall, on the streets, etc. The performance can be filmed and uploaded on YouTube so that later on the group can have a laugh. The main aim of this flash mob is to promote coordination and team spirit among team members.

This is one of the most fun and unique corporate team building activities that can get a little messy. The challenge is to divide the members into groups of five or ten depending on how big the group is. The groups will then each be given an egg and some materials that will be used to package the egg in such a way that if it is dropped from 6 feet it wouldn’t break.

The aim of this activity is to encourage employees to come up with problem solving techniques when faced with a situation. The group should be given an hour at most to build their package after which they will make their presentations.

So as to make the activity a little interesting, each group should be asked to describe their package and why they believe it is better than the rest. After their presentation, the group should be allowed to prove indeed their package is foolproof and that the egg cannot break. Each presentation should be about 20-30 seconds. Aside from helping the team members come up with problem solving techniques, they will also work together with the aim of winning the challenge and taking pride in it.